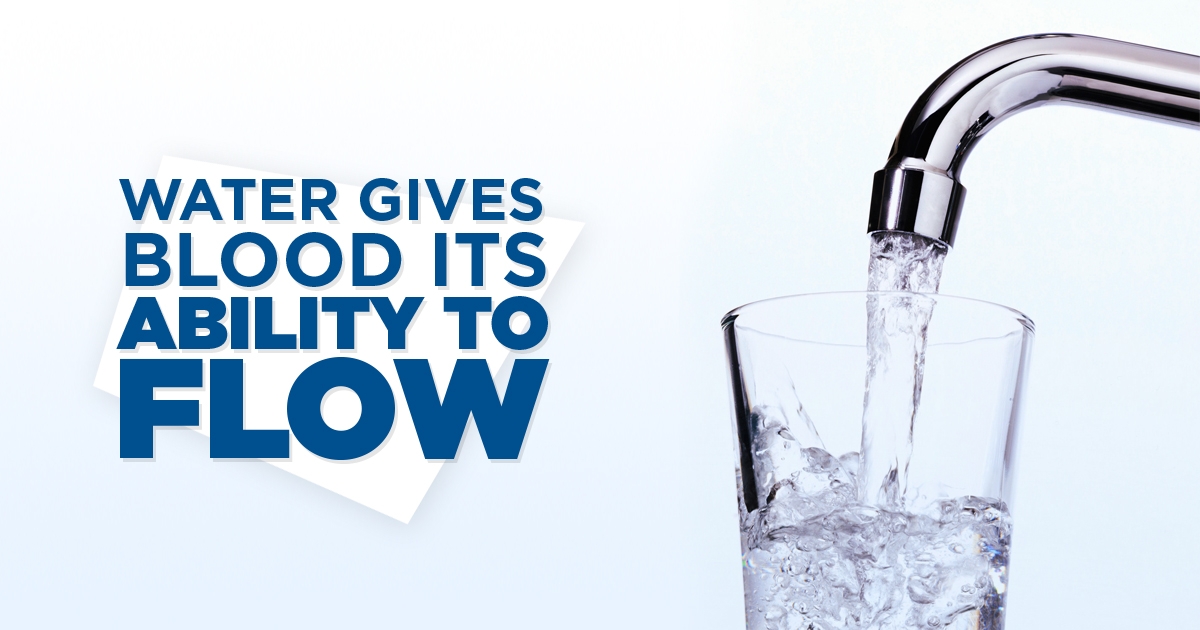 Independent Blood Flow Studies and John Ellis Water – Blood, like the engine of a train being pushed through your veins. This is done by oxygen kills diseases and grows healthy bodies and even healthy fruits and vegetables when the hydrogen bond angle changes to 114° instead of 104°.

Since our blood is 94% water, the hydrogen molecule burns off the markers for anything you can name in your blood stream. Sloan Kettering oncologists told him that after two or three days the urine starts to smell (light brown and light green!). Dr. Guy Abraham M.D. mentioned Ellis’ 114° hydrogen bond angle years ago when he did Independent Blood Flow Studies and John Ellis Water was tested. While he taught at UCLA: “No other water is even close! You can’t argue with something you can measure!!” When the steam plant design engineer invented his distiller and water purifier about 50 years ago the FDA would not approve it for treating cancer.  Because, many believe, the cancer industry is the most profitable medical specialty because it’s one of the few areas of medicine that, when you get a cancer patient, you have him or her for life since there’s no cure. Which is why the cancer industry has pressured the FDA not to sanction either the John Ellis distillation system or the European cancer treatment—oxygen— which has been legal in Europe for decades.

John Ellis was the first person to figure out how to get rid of contagions, chemical diseases and other pathogens from water which can cause serious or fatal diseases. Ellis owns the 13 international patents which exist that makes nanoparticle free pure water—(bacteria free)—not just from simple, common bacteria, but according to two-time Nobel Prize winner oncologist Otto Warburg, MD in one of his medical reports observed that “… not even cancer cells can survive in high blood oxygen.”

In medical school, Dr. Warburg instructed his students that “…we discovered how to get more oxygen into the blood stream by increasing the solubility of water, where the results can be measured non-invasively on the surface of the skin.” That’s specifically why the FDA resists the use of “alternative cancer cures.” None require the high blood oxygen levels that actually cure cancer.

An oncologist that taught at UCLA Medical School used the John Ellis E-5 system to perform a non-invasive test on the skin of students. This was to determine whether or not they could measure results on the skin using a Doppler Ultrasound to determine which water sample (if any) would produce the best blood flow to the extremities, remembering that blood is 94% water. Again, it was Dr. Warburg’s comment, “Nothing is even close to water in getting blood to the extremities of your skin.”